I traveled with two buddies and they wanted to do other things other than play poker. My entire trip was to play as much poker as i could. We arrived in Vegas Saturday nite around 10:40. We got our bags, rushed to Bluegreen Club 36 (great place to stay if you are a member and want to be away from the strip a little) and checked in and got our bags up to the room. We caught a cab to 12 am $70 buy in at Caesars. I got to Caesars just before the tourny started. Ended up placing 5th in the tourny (first position that paid) out of 50 for $180 bucks.

Hand of note:
Final table, 9 players, I am 7th in chip count and am OTB. One player limps before me. I had been card dead for over three levels and I get A 10 suited and push all in. Big stack sitting on BB calls and other player folds. BB turns over 10 10 , I catch an A on turn to stay alive.

Wanted to play a couple of the tournies at Planet Hollywood. So after finishing up the Caesars tourny at 4:30 am and getting back to the room at 5:30 and not getting to bed until after 6, i was back up a little after 8. I got over to the PH poker room a little before the $60 tourny starts at 10 and got registered (one thing of note for the PH tournies, If you are a PH A-list member you get 500 extra chips for the tourny. ) Tourny only had 20 players. But was a "friendly type " atmosphere. I catch pocket Aces on the 5th hand in second position after UTG had limped. I raised 3 times BB which was still kinda small compared to the chip count and it folds around to UTG who calls. The board comes 9 7 K with 2 spades (9 & 7) . UTG bets about 3 times BB. I figure he may be on a draw and possibly even have a K. I raise him 4 times his bet to try to push him out. (pretty good value this early for AA) He pushes all in and i call. He turns over 9 7 Hearts. Im to the rail after 5 hands.

One of my buddies is in the tourny and at this early in the morning, there is no cash game going on at PH, so i beat around for about an hour. They finally get a $1 / $2 cash game going and i play and make about 70 bucks ahead before breaking for lunch. I also play in the $80 2 pm tourny (around 30 players) and bust out somewhere in the middle of the pack.

After i busted out, I played about another hour of $1 / $2 and left another 30 bucks ahead.

I do have to mention this. BRANDY is absolutely the best cocktail waitress that i had in my entire trip to vegas. Kudos girl, see you in June. :-)

I headed over to the Venitian to play in the 7 pm $120 tourny. I had called earlier in the week and they told me that they were still having the tourny despite the Deep stacks going on. When I got to the Venetian, I found out that they were not having it. I checked my tourny schedule and made my way back to MGM for the 7 pm $80 tourny. I walked up to the tourny desk about 1 minute to 7 and the tourny was full but i was first alternate. After about 10 minutes of play i was able to take my seat. Unfortunately, the guy that was to my right had just knocked out 2 players on the previous hand and crippled another. So i sit down behind a guy that had almost 4 times my chip count before i played a single hand. Not to mention he was a pretty good player. With the big stack, he bullied alot and it really didnt give me a chance to get into the flow. I was gone after about 4 or 5 blind levels.

End of day two , I am pretty much back to even.

I had planned to play in 3 or 4 smaller tournies on Monday. But, before i turn in for the night at about 2 am, i decided that i would sleep in and then go play in the Caesars $225 mega stack at noon. I get a great nite sleep, and get to Caesars well rested. There are 150 players in the tourny and 18 positions pay. After a long day of poker and about 10 or so at nite, there are 24 players left. I am short stack at my table . I catch an A J suited to the right of the button after ever one has folded and push all in. A cute gal in the BB calls me and turns over A Q . NO help to the turn and then miracle of miracles happen. I catch the J. I still have some life. We end up playing to the final table and with 8 players left at 3:00am the director suspends the game until 3pm the next day. I go back to the room knowing that I have at least $900 for that tourny.

I sleep a couple of hours, but wake up at 7 pm ready to go. We go over to the Luxor to play in the $35 10:00 tourny with my buddies. I basically donk away my chips just messing around. I eat and head on down to Caesars.
The tourny resumes at 3pm, by 6 pm there are only 3 players left including myself. We start a blind level (the blind levels were 50 minutes) and with in 5 minutes, 3rd place is gone. (There are only 2 players left including myself) We decide to play the level out and then do a chop based on chip percentage. At the end of the level, we are less than 10,000 chips apart with about 900,000 each so we chopped the pot. We each take about $6300 . This is my biggest cash ever.

I did feel that i was in a zone in this tourny, but I did make what ended up being a bad laydown. With 6 players left, i am in chip lead (with not quiet 500 K) and in the BB. I catch a K-8 of spades. Blinds are 6 & 12 K First two players fold to player to the right of the button. He makes a bet of 42 K (he is in second chip count with about 390K and had been kinda aggressive). Button pushes all in for about 65K. SB calls. And I also call as does the player to the right of the button. So pot is around 260K. The Flop comes A spades , 10 diamonds, 2 of spades. I am thinking, no side pot, hopefully everyone will check down. But nooooooo. SB bets 50 K, I have to call. 2nd chip count then pushed all in, 340 or so more, SB calls (pushes his last 180 in). I am sitting there with the nut flush draw, needing to push 290 of my remaining 450 in. After about 3 or 4 minutes, I decide to wait and fight another day so i fold and since everyone else in the hand is allin - i show my hand. The cards turned up are A - 2 suited, J J and A 10 suited. The turn comes no spade, but the spade hits the river. That was a big lay down that fortunately didnt bite me.

After taking a short break I played about an hour of cash game and came out $150 ahead, then played in the 9:00 bounty with 16 players and took 4 bounties and chopped the pot for a total of $600 winnings in that tourny.

At the end of the day I am a little short of 7 grand up for the trip.

Day 5 (Wednesday) Played a couple of small tournies. One at PH , got my money back on the buy in for 4th place. Played a $70 buy in at Caesars and finally made it over to the Venitian for the 7 pm $120, but didnt cash in either of those.

All in all it was one awesome trip. 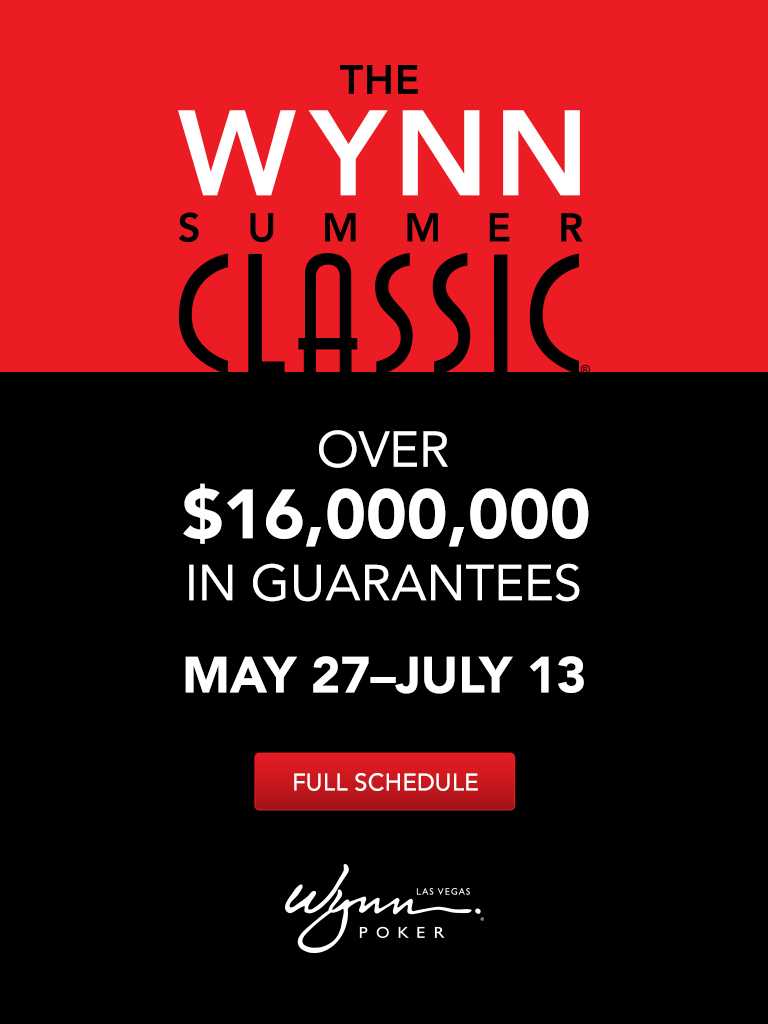 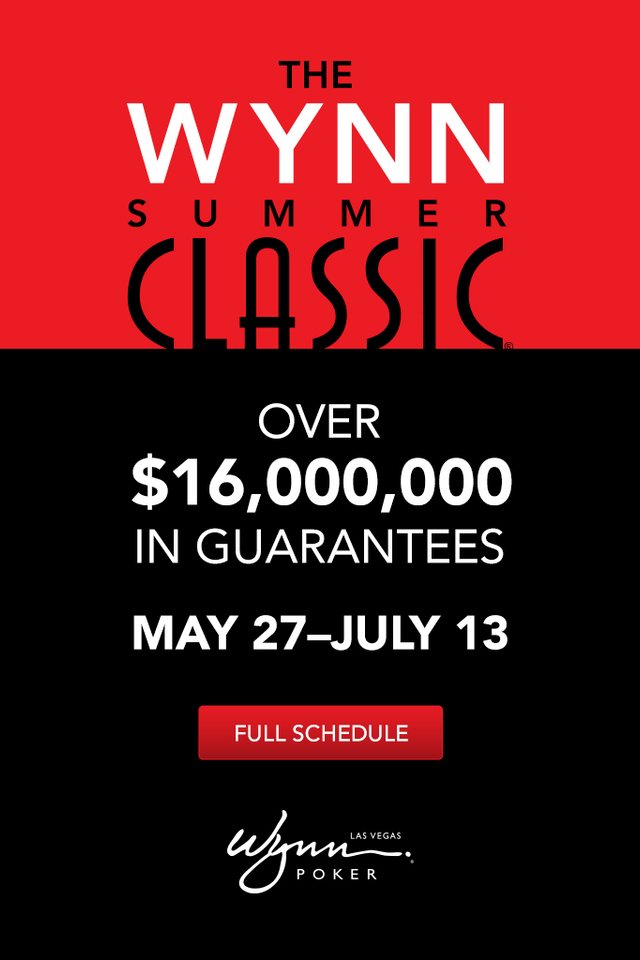