Was looking online for poker tournaments near me, and found this place. Its been in business since 2016 and I had no idea about it, and since Harrahs Cherokee tournaments suck with terrible structures and being basically turbos, I tried this place out. I was a little skeptical of it at first, and assumed that it was probably going to be like a shady poker house, but was pleasantly surprised, to say the least. Its located in an old brick factory thats been repurposed, much like a lot of stuff has been done these days, which is really a live band restaurant and they rent a side room (which is plenty big enough to do what they do). The structures are WAY better than Harrahs, more chips, and longer blind levels, pretty much what you see in good legitimate casinos that have a big poker turn out and have been doing it for years, unlike Harrahs. I've been coming here for about a month or so, and although I have run bad and gotten the normal donks all in bad and they still won, its still a good tournament. The only thing I don't really care for...but again its normal even in casinos....is the unlimited rebuy on all but one of their weekly tournaments...the sunday one is a freezeout. I mention Harrahs so much because its the closest casino to NC, SC, TN and Georgia. I have read some of the negative reviews on here, some saying theres a lot of regulars, the floor people are not that great, or what have you...well this is a poker establishment, a local card house in a small town near Atlanta, so you're going to have locals and regulars....ALL casinos have locals and regulars that are known by staff and dealers on a first name basis, thats nothing new. I have not noticed anything shady or bad happen here as far as the tournaments go, at least nothing that I haven't seen in a regular casino, although I have heard some stories of the cash room having some outbursts of which they handled. The inhouse circuit is pretty good so far, and is mostly like the WSOP or other circuit events, and some of the regular circuit dealers deal here for it when it comes around. This place has the usual recreational players who are not good, the weekend warriors, and a lot of people like this who play several times a week and never ever change their game, who always lose, and keep coming back. This again is usual for most anywhere. Just like all things in poker, you have a small percentage of guys who are good and most not that great...and then the few who want to see every flop, and sometimes get stupidliy lucky. As far as cash goes, I was told by another player that its a $100 a month fee plus $25 each time you visit... I don't know if this is the exact truth as I was told by a player, but I know that theres a fee to play cash, thats how they pay the charity. And thats how they get to do this legal in the state of Georgia. They have floor managers and staff...basically run just like a poker room, they are friendly and professional and do a pretty decent job, the dealers seem to know what they're doing, even in the Omaha8 games they seem to do just fine. Overall this is a pretty good place in my opinion, its not a casino, its a poker room, which eliminates all the table games and other stuff that you don't care about. The food from the restaurant is pretty good and the floor will take your order and deliver it to you at the tables. I had lasagna once and it was enough for 2 people and cost less than 20 bucks. One last thing that is a SUPER convenience...you can buy in to the tournament with a debit card. They give you a buy in ticket exactly like a casino, and if you register online for a weekly tournament, they have bonuses in chips when you arrive, like 1000 or something. For tournament poker, I'll go here before I'll go to Cherokee...even it being about a half hour further. During the circuit events, they say people have come from several states away. That should tell you its a legit place. And I can vouch for that.

Announcements from Little Kings and Queens

To Pre-register for the Sat $4K First at 12PM visit our website and go to Online Store, Tournaments...Final table will be streamed!

Sunday $150 NLH Freezeout at 1PM. Final table to be streamed! 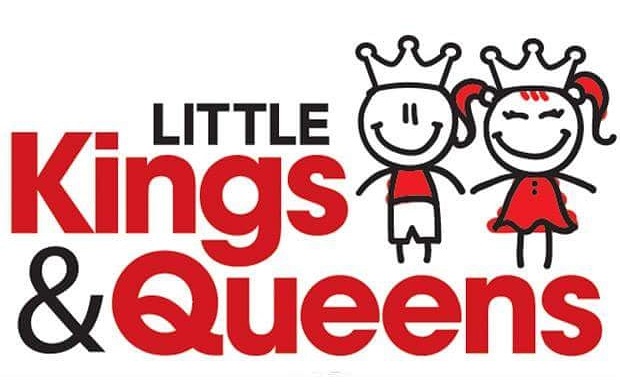 do you guys have a bad beat?

Heard great things would like to see it soon. Also what is the alcohol rule do they have a liquor license, can you... Read More

Nice room overall but lack of security is a concern. A incident waiting to happen. All it would take to upgrade is to... Read More

Good room, good dealers and good action. The food served table side is good, the chairs are comfortable and the... Read More

First time playing here, went with my old man while he was visiting here. Was a great atmosphere. Everyone including... Read More

Great Chrystal is best like paying time instead of drop Like toke chips keeps me from going crazy if I win a big pot... Read More

So I have been here twice now. Once on a monday and once on a thursday, so I have seen my fair share. Pros: Great... Read More

NO LOVE FOR CUSTOMERS

RECENTLY I REFERRED LKQ TO A FRIEND VISITING FROM OUT-OF-STATE. I COULDN'T GO WITH THEM BECAUSE OF WORK. THE TWO... Read More

OUTSTANDING!!! As a local, it DEFINITELY beats driving 3-5hrs for poker. Maybe 15min off the freeway in the middle of... Read More

This place has alot of poker action however it seems to be run by locals more than staff and dealers. Some locals... Read More

I had heard about this poker room for a while now and finally got the opportunity to go play Friday night and... Read More

I have started playing the cash room again, and finally there is a good mix of player types and not just millionaire... Read More

Starting to get sloppy

Went last night for the first time since December. Since then they've gotten a lot more busy but if they're going to... Read More

Just restarted a new PokerAtlas acct so will review this again next trip & post my other previous Rooms down the... Read More

Very well run, lots of action, really nothing to complain about! Only thing would be expand the hours beyond 2pm to... Read More

Was looking online for poker tournaments near me, and found this place. Its been in business since 2016 and I had no... Read More

Best place in Georgia to play poker. There are lots of great poker players and you can really work on your game here.... Read More

Rude, ignorant and arrogant players. And a lot of regulars.

Very professional dealers. High-quality food and alcoholic beverages. Friendly staff. But some of is not... Young... Read More